When You Can’t Stop Throwing Up

For most people, an unsettled stomach is a passing inconvenience; at its worst, a vomiting episode is at least followed by relief.

But for those who suffer from a seemingly rare chronic vomiting illness, no amount of throwing up can stop the nausea.

Such is the case with Natalie Robertson of Chico, Calif. One of the most distinct memories Robertson has about her first week as a freshman at Chico State University was enduring daylong episodes of uncontrollable vomiting.

“She would throw up in the bushes on the way to class,” said Lynne Bussey, Robertson’s mother. “Sometimes she would have to run out the door in the middle of class.”

Initially, some thought Robertson, who was 18 at the time, was hung over from a night of heavy drinking. Others believed she was bulimic. And although Robertson claimed her vomiting episodes would come without warning, many did not believe her mystery illness, she said. Teachers warned Robertson that excessive absences from class put her at risk of failing.ADVERTISEMENT

“I’ve had to drop classes because [my illness] has been too overwhelming,” Robertson said.

Many doctors diagnosed Robertson with the stomach flu or food poisoning, Bussey said. Yet, Robertson’s symptoms persisted for two years.

“We knew something was wrong,” said Bussey. “There was just a lot of guessing.”

After dozens of hospital visits, Robertson was diagnosed with cyclic vomiting syndrome, or CVS, a neurological disorder characterized by a series of prolonged attacks of severe nausea and vomiting, with no apparent cause. Symptoms usually begin with severe abdominal pain or a migraine headache, followed by episodes of vomiting that can last for hours or even days.

However, once an episode is over, the sufferer inexplicably returns to normal health, often with no remnants of the disease.

Unlike with bulimia, which is a cycle of binge eating followed by purging, those with CVS have repeated episodes of vomiting that can begin and continue on an empty stomach. Also, CVS episodes are induced by overwhelming nausea, while individuals with bulimia often vomit without feeling nauseated.

While the actual number of cases is unknown because of sparse research on the syndrome, estimates indicate that CVS may not be as rare as many believe. Rather, according to the Cyclic Vomiting Syndrome Association, more often it is misdiagnosed. The two surveys that have been conducted on the condition suggest that as many as 2 percent of children worldwide may suffer from CVS.

And while initially identified as a pediatric disease and believed that children would outgrow the disorder, researchers now say it can persist into adulthood and even appear in adults for the first time.

Robertson, now 25, has been hospitalized more than 40 times in the last seven years. Like clockwork, Robertson wakes up with a headache or nausea; oftentimes she starts her day after she vomits. Her symptoms ease in the evening, but recur early the following morning.

And Robertson is not alone. In fact, Bussey said she has connected with at least 15 others in Butte County who have the disease and also claim that they are not believed.

Dr. David Fleisher, an associate professor of children’s health at the University of Missouri who has treated Robinson and more than 400 other patients with CVS, said he understands why many with the disorder are met with skepticism from others — doctors included. The primary reason, he said, is that many physicians may not have heard of the disease.

“With functional disorders like CVS, the only way to diagnose it is to get a patient’s history of symptoms,” said Fleisher. “Not many physicians know the clinical pattern of CVS, so it’s hard for patients to get the recognition or care they need.”

CVS is often mistaken for other disorders including urinary tract infection, appendicitis and brain tumors seen in MRI scans, Fleisher wrote in a 1993 article in the Journal of Pediatric Gastroenterology and Nutrition.

In a 2002 issue of Contemporary Pediatrics, Dr. B.U.K. Li, director of the Cyclic Vomiting Program at Children’s Hospital in Milwaukee, Wis., and one of the world’s leading experts on CVS, blamed the on-again, off-again symptoms for difficulties in understanding the disease.

“Between episodes, the child with CVS is asymptomatic and appears so normal that the history of repetitive bouts of relentless vomiting and dehydration can be difficult to believe,” he wrote.

According to Fleisher, some behaviors by individuals with CVS during an episode may also mislead doctors.

Bussey said when her daughter has nothing left in her stomach to vomit, she drinks water to induce vomiting, which can make her feel better, which, according to Fleisher, is an action some doctors may interpret as bulimia. Otherwise, the violent reflux and bile may cause her daughter to burn her esophagus and stomach lining, Bussey said.

At times, an attack can send Robertson into a state of conscious coma. Robertson can understand what is going on around her, but is unable to respond to others.

“Their mental state is altered so they can hear what others are saying, but they are unable to answer,” said Fleisher. “So commonly it can be seen as a symptom of drug abuse or being drunk.”

Currently there are no diagnostic tests for CVS. Though medications are available to alleviate the pain experienced during a vomiting episode, there is no standard treatment for the condition.

According to Fleisher, sometimes the only way physicians can control CVS symptoms during an attack is to sedate the patient.

“Emotions promote nausea and CVS,” said Fleisher. “When doctors put them to sleep, the vomiting stops immediately and they are numb to their misery.”

While a definite cause is unknown, some researchers point to a variety of neurological conditions that may be related to CVS.

Many researchers say CVS may be one variation of a migraine. According to researchers, for some, an intense headache or a condition known as an abdominal migraine may signal the onset of a vomiting episode. And many diagnosed with CVS have shown a family history of migraine headaches.

“I don’t think that any researcher is ready to say that there is a definitive genetic connection between migraines and CVS,” said Kathleen Adams, president and co-founder of the Cyclic Vomiting Syndrome Association. “However, almost all of the literature has significantly shown that CVS may be a migraine variant.”

While a migraine may by one explanation for the onset of symptoms, Fleisher said many episodes are triggered by emotional stress or excitement. In fact, Robertson no longer experiences defined patterns of episodes. Almost every morning, Robertson experiences symptoms of CVS.

“She used to be totally healthy in between episodes,” Bussey said. “But now big events, such as final exams or a special occasion, brings on an episode.”

“It’s really sad that Christmas is a trigger for me,” Robertson said. “I interpret emotional pain physically now.”

Worse, according to Fleisher, the anxiety experienced by some CVS sufferers in between episodes may cause some to continually experience symptoms of CVS, called dyspeptic nausea.

“CVS is generally not a fatal disease, but it can get complicated if not recognized or handled right,” he said.

Robertson tries to manage her condition through a combination of medications aimed at quelling her pain, nausea and anxiety. But even this has not completely stopped the episodes or symptoms, Robertson said.

And because Robertson is often nauseous during the first part of her day, she is unable to maintain a regular work schedule.

“I’ve pretty much become physically incapable of taking care of myself,” Robertson said.

With little awareness or research on CVS, Bussey said she fears Robertson may never have a chance to understand and treat her condition during her lifetime. She hopes time will perhaps heal her daughter’s daily battle with her misunderstood condition.

“I keep saying, ‘please, God, let me go through this instead of my daughter,'” Bussey said.

The project for updating the Pediatric Clinical Treatment Guidelines is progressing, even with pandemic challenges. We expect this project to be complete in 2022.
See more information here: https://t.co/yWVzzvGR40 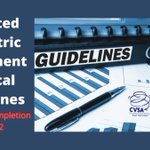 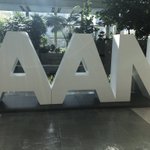 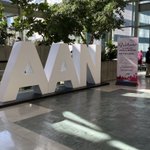 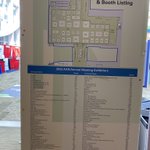 I wish more #physicians were familiar with this illness. Difficult to research so it doesn’t get a lot of attention. #meded Cyclic Vomiting Syndrome - Kirsten Tillisch, MD | UCLA Digestive Diseases via @YouTube.